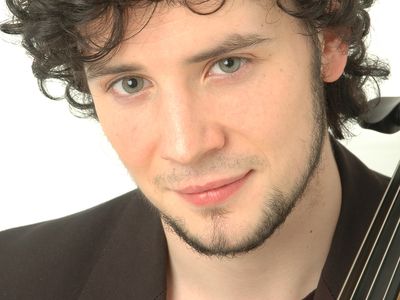 Brian O’Kane is quickly establishing himself as one of the finest Irish musicians of his generation and is in increasing demand as both a soloist and chamber musician. He came to prominence by taking first prize at the Windsor Festival International String Competition and is also a former prizewinner of the Royal Overseas League Competition. a former winner of the Accenture Bursary Award and Camerata Ireland Young Musician Award. In 2008, Brian performed with Camerata Ireland in Dublin’s National Concert Hall under Barry Douglas and with the Philharmonia Orchestra at Highgrove before the Prince of Wales. He appeared again with the Philharmonia Orchestra under Vladimir Ashkenazy at the 2009 Windsor Festival. Brian has recently been awarded the National Concert Hall of Ireland’s ‘Rising Star’ award.

An avid chamber musician, Brian has toured extensively throughout the Far East, Australasia and Europe. He has collaborated with a wide variety of artists such as the Vanbrugh Quartet, Michael Collins, Ian Bostridge, Pekka Kuusisto and Alison Balsom. He enjoys playing as a founding member of the Cappa Ensemble who are currently on the Young Artist roster of Ireland’s Music Network and as a member of the Navarra Quartet. Also a keen explorer of contemporary music, he has worked closely with composers such as Wilson, Kancheli, Auerbach and Widmann. Brian has appeared at many festivals and concert halls throughout the world, including the West Cork, Drumcliffe, Edinburgh, Verbier, Radio France-Montpellier and Clandeboye Festivals, Bridgewater Hall, St. John’s Smith Square, the Barbican, Bozar – Brussels, Suntory Hall – Tokyo and has been broadcast on RTE Lyric FM, BBC Radio 3, Radio New Zealand and Radio France. In 2012, Brian made his debut with the National Symphony Orchestra of Ireland live on radio and his Wigmore Hall debut as a Maisie Lewis Young Artist. He appeared again at the Wigmore Hall in 2013 as a Kirckman Concert Society Young Artist.

An award winning graduate of both the Royal Academy of Music and the Guildhall School of Music and Drama, Brian‘s biggest influences have come from Louise Hopkins and at the International Musicians Seminars, Prussia Cove from studies with Ralph Kirshbaum, Gabor Takacs-Nagy and Steven Isserlis. During his studies, Brian was extremely grateful for the  generous support of the Musicians Benevolent Fund, the Martin Musical Scholarship Fund and the Worshipful Company of Musicians. Brian currently plays on a Francesco Ruggieri cello, made in Cremona c.1690.