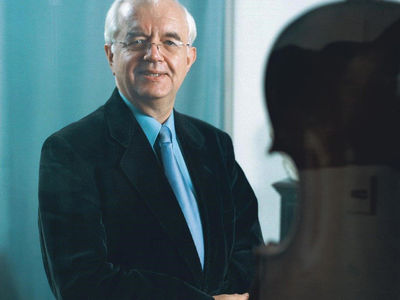 Professor David Strange is a musician of international reputation, who has played a significant role in the musical education of young people, with experience and influence in all branches of the profession, and with notable success in inspiring the highest standards of musicianship in performance and teaching, the development of major academic and artistic initiatives and promoting centres of musical excellence throughout the world.

David Strange began his teaching career at the Royal Academy of Music in 1975. He was Head of the String Department from 1997 until 2010, and was conferred as Professor of the University of London in 2002.  Many of his students have achieved national and international recognition as principal players in some of Europe’s finest orchestras; others are members of internationally renowned string quartets.

David has been associated with the European Union Youth Orchestra for over thirty years – He was the EUYO’s Director of Studies, with responsibility for the selection and training of the orchestra in preparation for concerts with some of the world’s most eminent conductors. He left this position in December 2013.

David Strange is invited to conduct and give masterclasses throughout Europe and the Far East and has held visiting professorships at the Australian National Academy of Music, the Conservatoria Superior de Musica, Salamanca and the Conservatoria Superior de Music, Madrid.  He visits the Shanghai Conservatoire of Music as a visiting Professor twice each year and was appointed External Examiner of the Hong Kong Academy of Performing Arts from 2013 – 2015.

David had a most distinguished playing career. He was a founding member of the Nash Ensemble of London; he was appointed Principal Cellist of the Royal Philharmonic Orchestra in 1973; and he became Principal Cellist of the Orchestra of the Royal Opera House, Covent Garden in 1985. David resigned from this position in 1990 in order to devote more time to conducting and teaching.

David has chaired the jury of the International Jeunesses Musicales Cello Competition in Belgrade, and has served as member of the jury at many international competitions. In 2009, he was invited to chair the panel for the Max Rostal International Violin and Viola Competition in Berlin. David is Artistic Advisor to Wells Cathedral Specialist Music School, the founding Director of Eaton Square Concerts (now in its 11th year) and he was appointed Artistic Advisor and Director of Auditions to the National Youth Orchestra of Ireland in 2013.