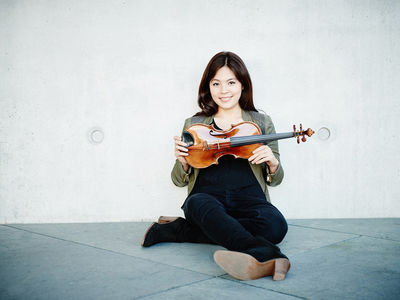 Born in 1992 in Seoul, her career as a violinist commenced at the age of four. She studied at Korean National University of Arts and with violinist Kolja Blacher at Hochschule für Musik Hanns Eisler in Berlin.

Jiyoon Lee plays on a beautiful C. F. Landolfi, kindly on a loan from Deutsche Stiftung Musikleben in Hamburg.