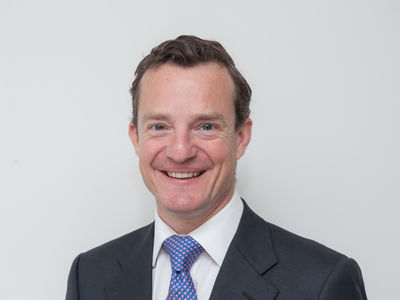 Martin Denny was a Chorister at St George’s Chapel, Windsor Castle. Later, he was educated at Harrow School, where he was a music scholar and studied cello, and at Keble College, Oxford. He has always worked in the music industry and became Director of Windsor Festival in 2001.

Under his direction the Festival has seen unprecedented growth in audiences and content; this includes the addition of the Literary Series, the Spring Weekend, the Education Programme, the Spring Youth and Community Festival, singing projects with local schools, and the International String Competition. He has worked at raising the profile of the Festival, particularly through the International String Competition, and building partnerships with over 60 organisations.

He has also spent seventeen years as Administrator of William Walton Trust and was agent for The Choir of St John’s College Cambridge, for whom he established the series of English Choral Music recordings on the Naxos label. More recently he has managed projects for Royal Collection Trust and The Royal Borough of Windsor and Maidenhead and now runs The Old Court, Windsor’s Community Arts Centre.